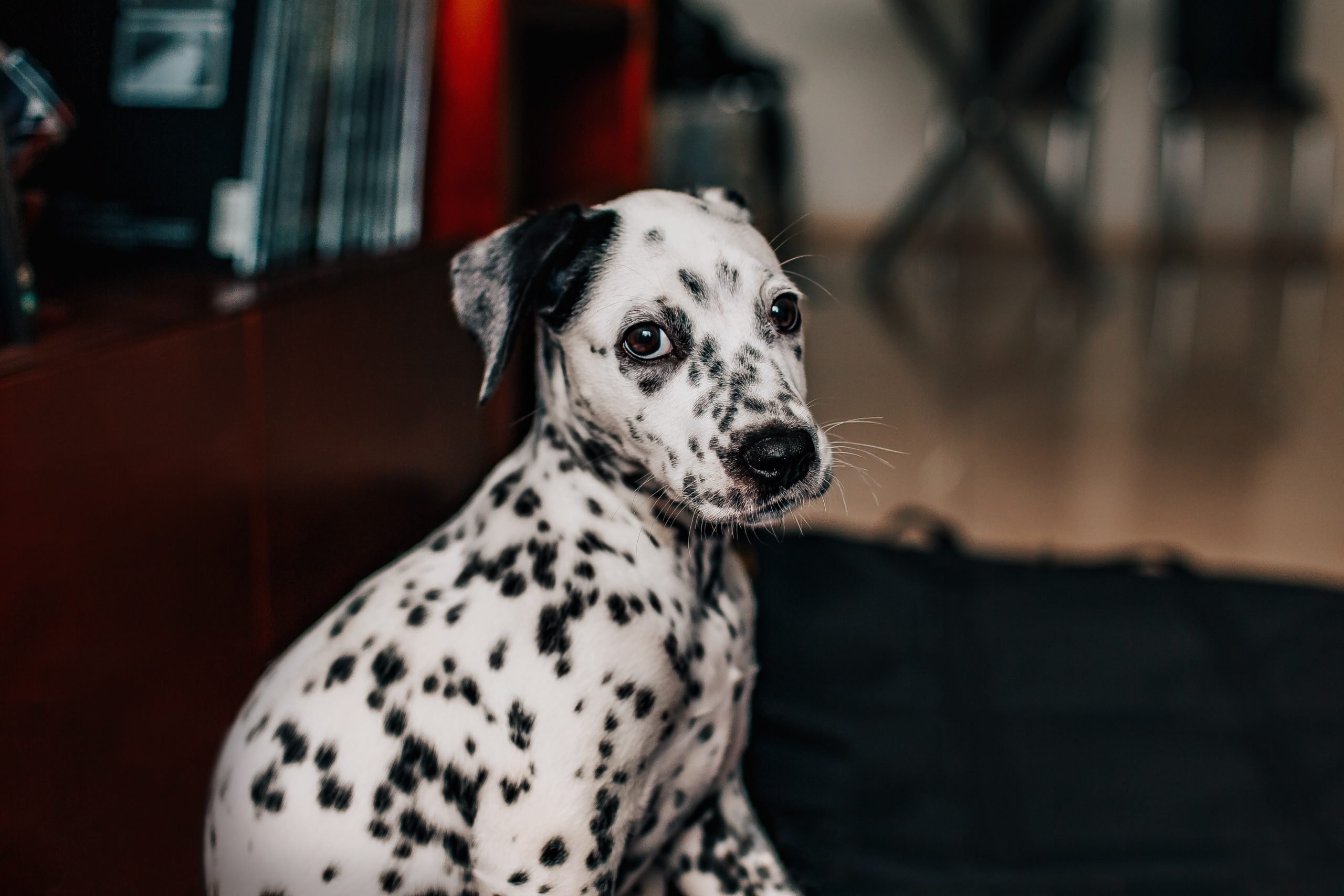 Dalmatians in the Spotlight: Popular Names and Famous Roles

Author Dodie (Dorothy) Smith wrote the story The Hundred and One Dalmatians in 1956. Pongo is the name of the male Dalmatian in the novel, but his ‘wife’ and mother to their 15 puppies is named Missis. Perdita is the name of a Dalmatian friend they meet along the way. Dodie owned up to nine Dalmatians herself, her first one was named Pongo, which inspired the name of her leading character in her novel. She indeed had a Dalmatian which had 15 puppies, but she did not keep them all.

Walt Disney Animation Studios’ 101 Dalmatians was made in 1961, directed by Clyde Geronimi and Hamilton Luske, written for the screen by Bill Peet and the original novel authored by Dodie Smith. The Disney company was in debt and needed a success, using Xerox photocopying technology for the first time to cut budget costs. Walt Disney read Dodie Smith’s story in 1956 and immediately secured the rights to produce the film, something which Dodie had hoped Disney would do. The film was indeed a great success.

In 1996, Disney produced 101 Dalmatians as a live-action film, directed by Stephen Herek and written and produced by John Hughes. Several notable actors starred in this film, including Glenn Close (as Cruella DeVil), Jeff Daniels (as Roger), Hugh Laurie (as henchman Jasper) and Mark Williams (as henchman Horace). Over 200 Dalmatian puppies and 20 adult Dalmatians were used and trained for filming the movie. The film was successful, particularly for Glenn Close’s great portrayal of Cruella but also for merchandising and profits.

Unfortunately, the film did great damage to the Dalmatian breed, when many families thought it would be a cute idea to get a Dalmatian puppy, not realising the size and temperament of an adult Dalmatian. The result was twofold, overbreeding to try to meet demand as well as a large number of Dalmatians being surrendered to shelters when they did not fit the perception of the dog that was built in the movie.

In the year 2000 Disney produced 102 Dalmatians the live-action film, directed by Kevin Lima. Glenn Close returned, joined also by Gerard Depardieu. Despite Dodie Smith having written a second book about the Dalmatian, called The Starlight Barking, the second film had nothing to do with it. The movie did not do as well as previous publications, mostly because there was less time spent on the dogs themselves, which was what Dodie Smith had originally emphasized.

The film includes Dipstick (named for the patch on his tail), one of the 15 puppies from the first movie, now fully grown, as well as Oddball, a pup with no spots. This was a large flaw of the film, as the pure white puppy would most definitely have developed spots much earlier than the story suggests and a pure white Dalmatian is not possible (excluding potential genetic defects which would compromise the dogs health, like Albinism). This was evident in their struggle to remove the spots from the puppies used in filming, eventually having to remove them digitally post-production as covering them up was not possible during filming.

A large number of trainers and Dalmatian puppies were again used, the negative effects seen from impulse buying Dalmatian puppies were less this time around as the public and breeders were more aware of the issues developed from the hype of the first film and more careful about adopting/selling their dogs. Even still, the puppies used were only good for about two weeks of filming before they got too old, some were adopted by the trainers on set, some were sold by their breeders with special paperwork to prove they were a 102 Dalmatian movie dog.

Disney have set a live-action film as a prequel to the 101 Dalmatians story, named Cruella, directed by Craig Gillespie and starring Emma Stone. Exploring Cruella DeVil’s origins, it is not known how much the Dalmatian will feature in the film and what role it will play, although it seemed Cruella’s life experiences with Dalmatians prior to Pongo were very little, so it will be interesting to see how this is approached. Regardless, the promotional photo for the film features two Dalmatians, and Dalmatian owners, lovers and breeders have expressed mixed feelings about the effect a new movie might have on the Dalmatian breed, good, bad or otherwise. Now, more than ever, the Dalmatian community is aware and more cautious of the effect popular media can have on a dog breed, it is sure to be more carefully approached this time around.

From author and illustrator Dame Lynley Dodd comes the above named beloved books, which include the Dalmatian character Bottomley Potts all covered in spots. What a name! The author writes a number of stories in a rhythmic verse designed to be read to young children. The illustrations reflect real settings and accurate representations of the dogs and other animals featured in the books, in an interesting and fun story of Hairy Maclary’s doggy adventures, the first of which was published in 1983, the latest in 2009. Bottomley Potts is a friend of the main character, Hairy Maclary, among other dog breeds which include a dachshund, whippet, mastiff, old English sheep dog and of course a tomcat as the villain.

It is all too typical to walk your Dalmatian down the street and have young children say “look it’s Pongo” or “look it’s one of the 101 Dalmatians”. But it is a special treat to hear a youngster exclaim “it’s Bottomly Potts all covered in spots!”. You know they have had the pleasure of reading as a family a lovely series of books. The Hairy Maclary picture books are most popular in their country of origin, New Zealand and also in Australia. In 2019, New Zealand Prime Minister Jacinda Ardern read aloud the first book Hairy Maclary from Donaldson’s Dairy, airing on television on Christmas day.

American brewery giant Budweiser is well known for its Clydesdale horse team, but it is lesser known that they also have the Dalmatian as the classic coach companion on their team as well. They chose the Dalmatian as a most fitting mascot to the Clydesdale’s hitch in 1950, as a gift for the opening of the Newark brewery. Today, at least one Dalmatian is associated with each hitch, sitting the dog on top of the Budweiser carriage or next to the drivers on the carriage. The Dalmatians tour with their Clydesdale stars and have a loving and adventurous life as a Budweiser mascot. Budweiser Dalmatians include Clyde, Barley, April, Chip, Brewer and Bud (of course). When they reach retirement, they often are permanently adopted by the employees who handled them.

There are many famous persons who have owned and loved the Dalmatian breed, here is a condensed and interesting selection:

Dodie Smith (author of The Hundred and One Dalmatians, had many Dals including Pongo)

Pablo Picasso (had a Dal named Perro – Spanish for dog)

Louis Leakey (a paleoanthropologist, the Leakey family founded the Dalmatian Club of East Africa and kept multiple dogs around dig sites to warn them of predators nearby)